This section is read-only. Inactive threads for the past 5 years will be placed here. Also, game threads that are locked after creating its Official Thread will be here as well. If a new thread is created and an existing one is here, it will be merged. If a member wants to reply to one of the threads here, please ask an administrator or a moderator and it will be unlocked and moved to its proper section.
Locked
317 posts 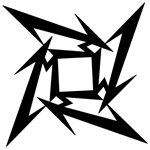 ultimagicarus99
Captain Tsubasa J: Get in the Tomorrow 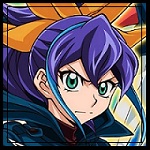 ^ It was only a matter of time.

Catgirl cosplay, Yunaâ€™s summonerâ€™s dress from Final Fantasy X, and a Cloud Strife costume. Lightning Returns: Final Fantasy XIII has *a lot* of outfits for Lightning. On top of the Soldier 1st Class outfit which is a first print bonus in Japan, Lightning can also get a Samurai armorâ€¦ but the piece depends on which store you purchase the game at.

Shogun (left) is a costume you get from the Square Enix store while Furinkazan (second from the right with the red text) is something you can only get from Tsutaya. Utsusemi (purple text) is probably the most common bonus since you can get that at a couple of different retailers. Flower of Battle (right) is a bonus bundled with the gameâ€™s soundtrack. Europe will receive three of these: Shobgun, Sohei Savior (gold), and Flower of Battle as part of a pre-order bonus pack.

Costumes in Lightning Returns: Final Fantasy XIII are more than cosmetic. They affect Lightningâ€™s stats and give her different abilities. The Cloud Strife costume comes with:

Lightning Returns: Final Fantasy XIII comes out on February 11, 2014 for PlayStation 3 and Xbox 360 in North America.

ultimagicarus99
Captain Tsubasa J: Get in the Tomorrow

An Auron Bushido Suit or possibly a Judge from FFXII and I AM SOLD!

Bagong trailer. Fang is back. And kid Hope. LOL.
Add me up on PSN!

Bagong trailer. Fang is back. And kid Hope. LOL.

Now I don't really know what's going on in the story

"The time you enjoy wasting, is not wasted time."
Top